Where and How Do Airplanes Store Their Fuel? 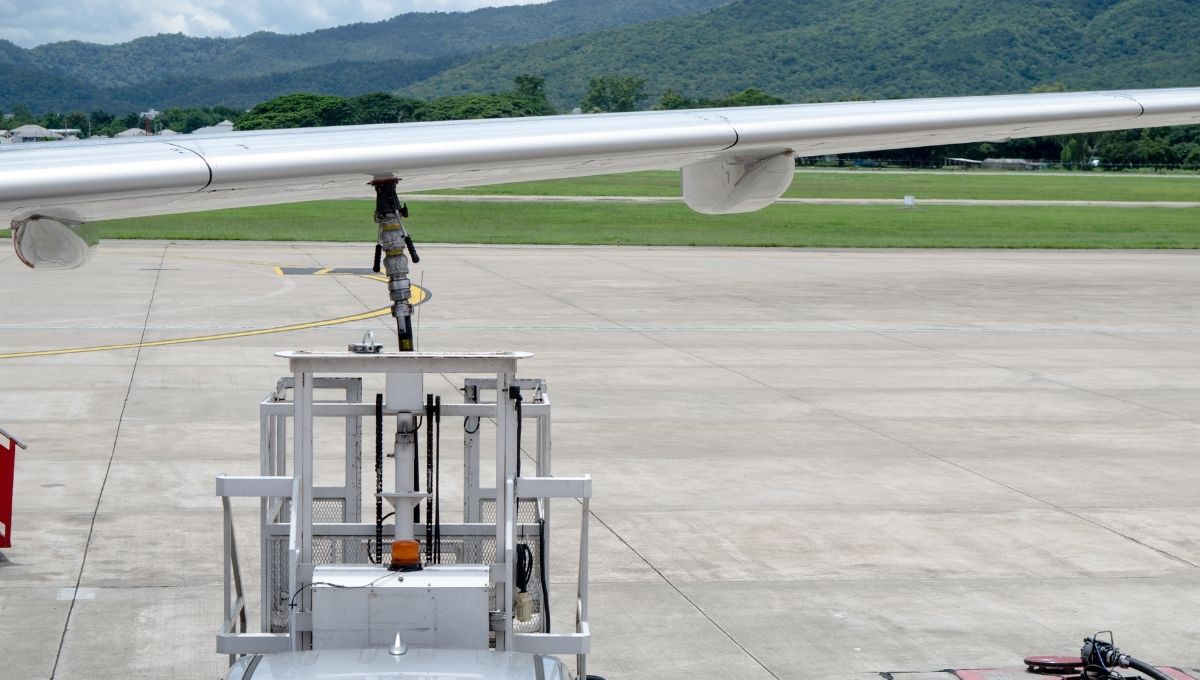 Airplanes are complex machinery that few fully understand. Airplanes require extremely powerful engines fueled with large quantities of gasoline to power such large, heavy objects. But where and how is fuel stored in airplanes?

How Much Fuel Do Airplanes Burn?

Before understanding how and where fuel is located on aircraft, you may wonder exactly how much fuel is on board for a typical flight. This number, of course, depends on the size of the aircraft, weight of its cargo, airplane components, and duration of the flight.

A Boeing 747 with a typical amount of passengers and cargo tends to burn a little over a gallon of fuel every second.1 This roughly estimates to about 3,804 gallons of fuel per hour, meaning that a Boeing 747 traveling from New York to Los Angeles, about a five-hour flight, would consume almost 20,000 gallons of fuel.

International flights, of course, requiring longer distances, would require even more fuel. With the space needed for engines, flight crew, passengers, luggage, and cargo, where is all this fuel stored?

Believe it or not, an airplane’s wings often contain a majority of the fuel the aircraft will use. Some planes also possess fuel tanks inside the aircraft’s body; however, there are several benefits to placing fuel in the wings of an airplane.

Exactly how much does aircraft fuel weigh? Fuel is heavy. Aircraft fuel weighs about 6 pounds per gallon.2 This means that a 747 flight from New York to Los Angeles would have onboard a minimum of more than 100,000 pounds of fuel.

Placing a majority of this weight inside an airplane’s wings is beneficial, as it sets the heaviest weight inside the source of lift for the plane. Planes rely on the air to travel around the wings to lift themselves, and this weight reduces stress on the wings. Wings additionally are generally at the center of the airplane, placing most of the weight at the center of gravity for the craft. Placing weight towards the nose or rear of the plane could cause the aircraft to tip down or up.

Safety is the greatest concern for all airlines and aircraft and requires the coordinated efforts of flight dispatchers, engineers, crew members, and runway technicians. The amount of fuel aboard and its location is vital, along with the careful operations of all airline employees.

The airline industry is full of vital, exciting roles that contribute to the safe completion of airline travel. One of these critical roles is the position of aircraft dispatcher. As the oldest aircraft dispatcher school in the country, our flight dispatcher courses prepare you for an exciting, rewarding career in the aviation industry, with room for advancement and various benefits.

Contact us today to start working towards your aircraft dispatcher certification and licensing.

Things to Know Before Becoming a Commercial Airplane Pilot