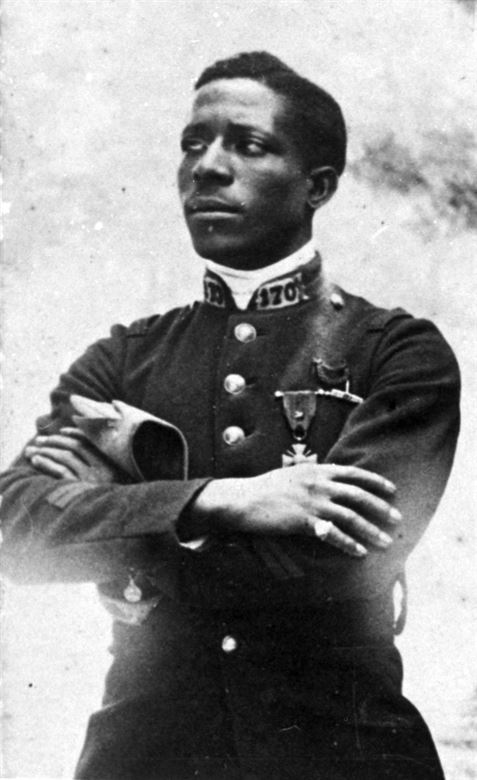 On October 9th, the Museum of Aviation unveiled a bronze statue commemorating the first black fighter pilot in history. The statue of Eugene J. Bullard was unveiled at the base near Warner Robins, Georgia before a crowd which included his descendants, French officials, Air Force officers, and some of the surviving members of the Tuskegee Airmen. Though originally from Georgia, Bullard relocated to Europe and fought in World War I in the early 20th century. A distant cousin of Bullard, Harriett Bullard White, cried tears of joy as she placed a wreath over the statue. “All my life I’d known how great he was. Of course, no one else knew who he is,” White said. “He’s an American hero and someone all Americans should know about.” [1]

Around the time World War I began, the U.S. military was segregated and would not allow black pilots such as Eugene J. Bullard to enlist. However, Bullard was posthumously enlisted in the U.S. Air Force as second lieutenant in 1994.

It’s a profound moment in history when a historical aviation figure such as Eugene J. Bullard is honored with a statue from credible institutions. The aircraft team at our aviation school was so fascinated by this high honor that we’ve decided to delve further into the backstory of the first black fighter pilot

Born on October 9, 1895, in Columbus, Georgia, Bullard ran away from home at the age of 11 years old and wandered across the South for years before becoming a stow-away on a freight ship, the Marta Russ, bound for Aberdeen, Scotland in 1912.

In 1913, he settled in France after feeling comfortable with the French customs. “…it seemed to me that French democracy influenced the minds of both black and white Americans there and helped us all act like brothers,” Bullard later wrote. [2] After World War I broke out in the summer of 1914, Bullard enlisted in the French Foreign Legion, serving in the 170th Infantry Regiment. Consequently, he became seriously wounded in the Battle of Verdun and was taken straight to Lyon to recover.

While in Paris, Bullard bet a colleague $2000 that he will become a military aviator, despite the color of his skin. In May 1917, Bullard won that bet as he became the first Black fighter pilot to receive his wings as a member of the Aéronautique Militaire. 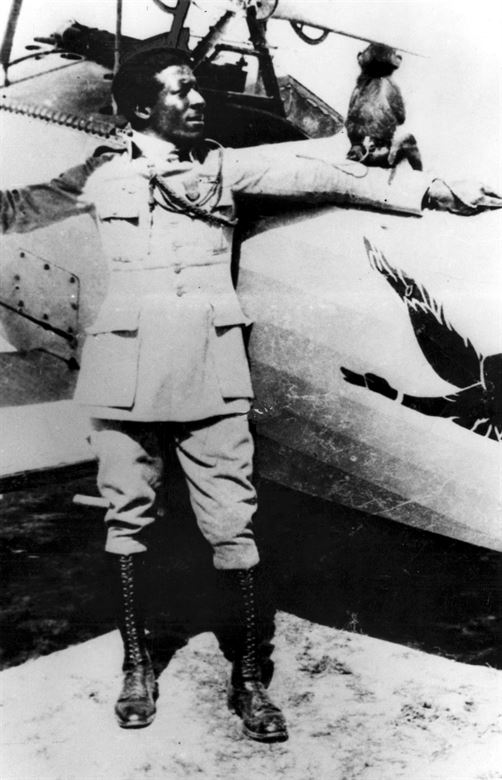 It was said Bullard flew with a mascot, a Rhesus Monkey named “Jimmy.”

In September 1917, he was assigned to Escadrille Spa 93, and then to Escadrille Spa 85, until his resignation in November. During this time, he won two aerial victories flying a Fokker Triplane and a Pfalz D.III.

If you’re interested in more aviation history or would like to find out more about becoming an aircraft dispatcher, contact a member of our aviation team here at Sheffield School of Aeronautics.

This entry was posted in Aviation History. Bookmark the permalink.